Mustafa Kemal ATATÜRK (1881-1938) is the establisher and first president of the modern Republic of Turkey. Soon after gaining the independence of the country, he made great efforts to advance his country in all areas, especially the economy.

After the War of Independence was won, M. Kemal ATATÜRK knew that the full-independent could be gained by a good economy. He was intent to develop industry and national economy and to decrease external dependence of the country in every field. He well-knew that human and capital status of the country could be improved only by increasing agricultural production. Therefore, he said “The Foundation of National Economy is Agriculture”. 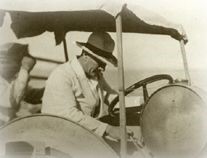 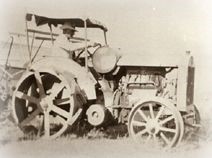 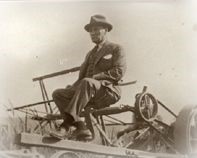 During the time of M. Kemal ATATÜRK, a giant step had been taken in agriculture such as increasing use of machinery in production, founding factories of flour, sugar and fabric, providing grants and loans to farmers, establishment of producer cooperatives, founding production farms to supply farmers with plant seeds and animal breeding material, establishment exemplary farms to educate farmers. 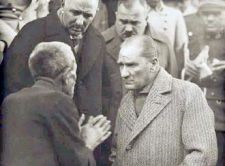 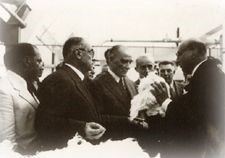 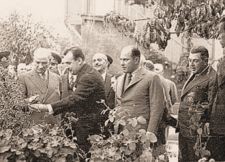 We respectfully commemorate everyone who contributed to the development of agricultural production in the country, especially M. Kemal ATATÜRK.

THE SCIENTIFIC AND TECHNOLOGICAL RESEARCH COUNCIL OF TURKEY

Since its establishment in 1983, Faculty of Agriculture has taken mission to train Agricultural Engineers who adopt sustainable production which is sensitive for environment and human health, contribute to the development of new methods and techniques in the field of agriculture and reflect it on the field, produce permanent solutions for technical problems occurring in the field of plant and animal production of the sector on the basis of modern science.

We aim to develop plant and animal genotypes allowing production by considering decreases in natural resources gradually and possible changes in environment conditions in the near future, to transfer digitalization to production with precision agriculture applications, to contribute to the economy of both the region and the country by improving agricultural production, especially in greenhouse cultivation, fruit growing and goat breeding. In this regard, our vision as Faculty of Agriculture, Akdeniz University is to become an internationally recognized Faculty, which has completed the accreditation processes at both national and international level, to adopt an educational approach emphasizing the academic and personal development of students on the basis of modern science and to educate Agricultural Engineers who are self-confident, have high communication skills, and are open to innovations.